Wakana was born and raised in Okinawa, Japan. Her father is passionate about business and both her father and mother run their business that is based right below the home Wakana grew up in. That passion is what drove Wakana to eventually finding her way to Oklahoma in 2005 to study business and become an accountant. At that time, she spoke very little English, however, she did not let that one hurdle waiver her drive to succeed. After graduating college, she furthered her efforts by obtaining her CPA license. Wakana and Matthew met in 2010 and for the next 4 years Wakana was determined to find a business that could serve and meet the needs of others. In 2014 they found that need and from that moment on they spent every free moment in efforts to build the best possible restaurant and experience.

Matthew was born and raised in the country outside a small town called Jonesburg, MO. From a very young age of 3 years old he had the passion for cooking and food. It started from a couple cracked eggs, then sprouted and branched out from there. He loved to cook for his family from scratch using the gardens his family kept and the animals his family raised. Matthew went onto college, joined the military and before he could finish college, he was deployed to Iraq in 2004. Returning in 2006 he worked to finish and obtain his diploma. During that time, he moved to Oklahoma and began IT work in 2007 and was deployed again in 2008 to the theatre of Iraq. After returning from Iraq in 2010 he met Wakana and his journey began. He met Wakana’s family in December of 2010 and tasted authentic ramen for the first time. That first bowl was mind-blowing and an experience he would never forget. It wasn’t until 2014 that the thought of bringing this experience home even crossed his mind. When Matt and Wakana entertained that idea he immediately thought “Yes! I think we can do this.” He did not want to get it wrong so from that moment he planned trips back to Japan where he would learn first hand the skills and often shrouded methods to creating the perfect bowls of ramen. 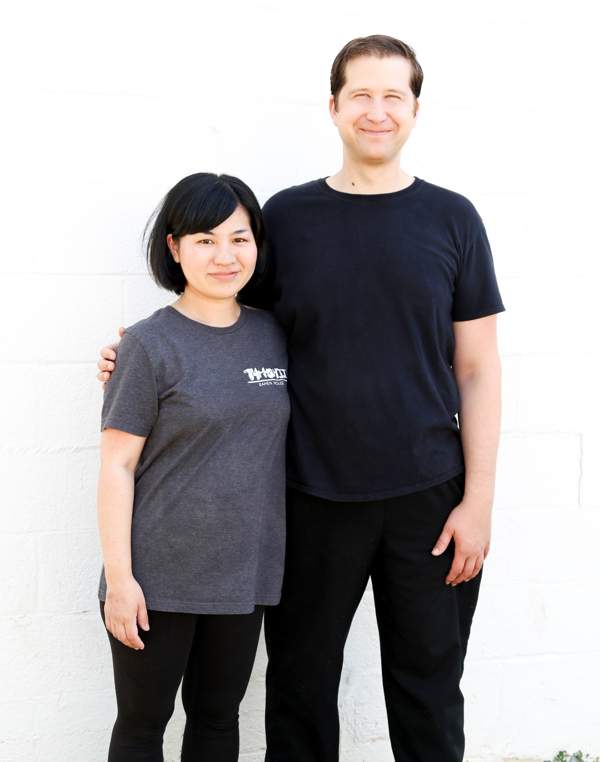